Using Dropbox to save files

Dropbox has a new API which is documented on their site. As a result, this library has been deprecated.

It's easy to save and read files on Dropbox using AppStudio. You can then access them on all your devices and on your desktop.

Use your existing account or get a new one. They're free and easy to set up.

Create your app in the Dropbox App Console

Go to Dropbox App Console and create a Dropbox API app, that does "Files and data stores" that it creates. It's also possible to access existing files in the Dropbox by choosing appropriate options here. 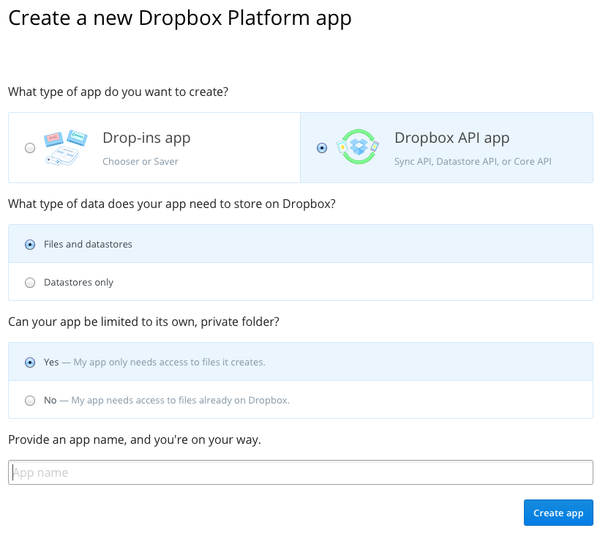 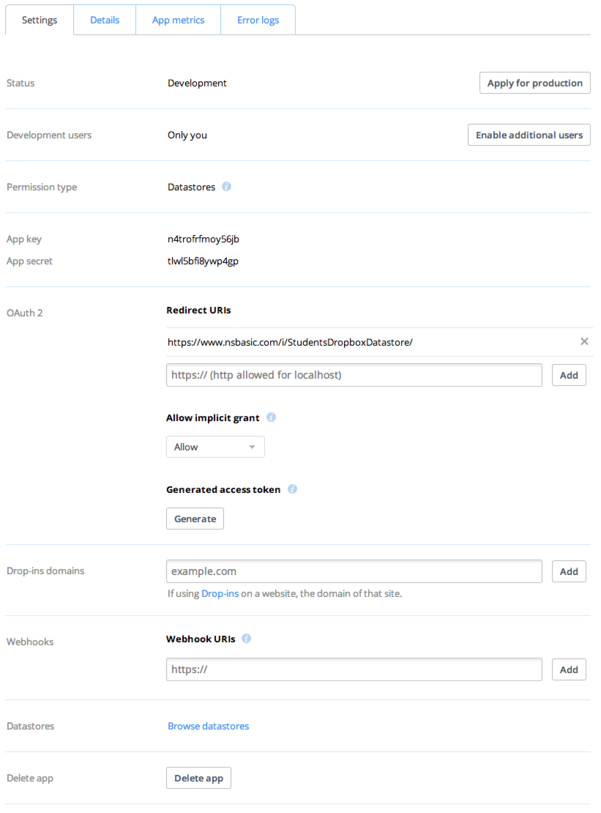 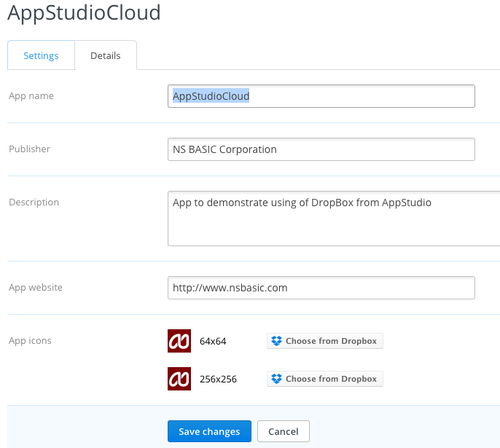 Add the Dropbox library to your project

Select Global Code and Project Properties in the Project Explorer, and add the Dropbox library to the project:

Security is important to Dropbox apps. Before you can do anything, you need to login. Dropbox uses a security schema call OAuth, which is fairly ease to use. OAuth requires that you use https: your site site will need a signing certificate. You can install a self signed certificate (browsers will complain) or an official one (about $59/year from a certificate authority).

Here is what you do at the start of your app:

Once this is done, you can check to see if the user is authorized. If not, you need to authenticate:

This will load the Dropbox web page, ask the user to log in if needed and get authorization for the app.

Write a file to your Dropbox

Once authenticated, writing files out is easy.

Read a file from your Dropbox

Reading is as easy as writing.

Here is the full list of calls that can be made to the Dropbox client. Docs are here.

If your app should get a message like this after working for a little while, you may need to clean the cache on your computer or device. This is more likely to happen during development than in released apps.